Peru: a commitment to build with hope and courage

In response to the present situation in their country, the Teresian Association in Peru has released a communiqué in which they express a desire for peace, justice and respect for human rights.

They quote St Pedro Poveda who wrote “Love justice as much as you love life” and also “To really believe and yet to remain silent is not possible” They call for an end to violence of all kinds and say “We share and sympathise with the pain of each of the families who have unjustly lost their loved ones, as well as with the wounded.”

They ask the political authorities to find solutions “with structural changes in accordance with the needs and demands of the people”, dialogue, listening, recognising the plurality and interculturality of the country and also the rights and dignity of each individual person. 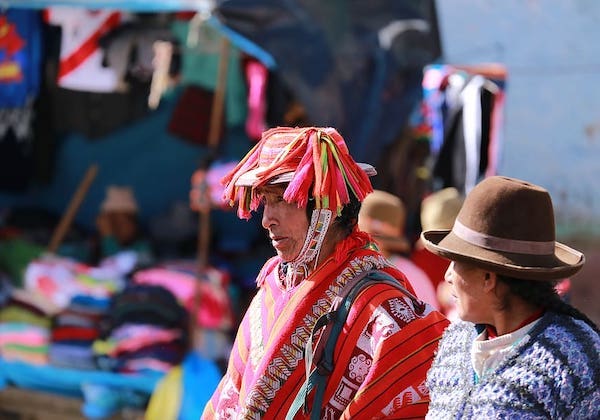 Finally, they renew their “commitment to build up OUR PERU with hope and courage, and to find, together with others, ways to strengthen peace with social justice, and to defend the common good and respect for the rights of each person.”.

The current situation of violence and unrest in some parts of Peru has led to dozens of deaths, hundreds of wounded and numerous arrests. It was triggered in early December by the ousting of President Pedro Castillo and the creation of an emergency government headed by Vice-President Dina Boluarte.

This was provoked by various movements in the Peruvian Congress when Castillo announced its dissolution in what was described as a ‘self-coup’. Castillo, who took office in 2021, was the country's fifth president since 2018, a situation of extreme instability.

The protesters, especially in southern territories, are people who have been forgotten and penalised by successive crises, corruption and now violence. They are demanding greater equality and justice, an end to police repression, the resignation of the current government and elections as soon as possible.