In recognition of coherent activism and solidarity

Charo Gutiérrez Sancho, a volunteer with the Cordoba InteRed Committee, was given a special tribute in recognition of her participation in the Córdoba Solidaria platform as the representative of InteRed. 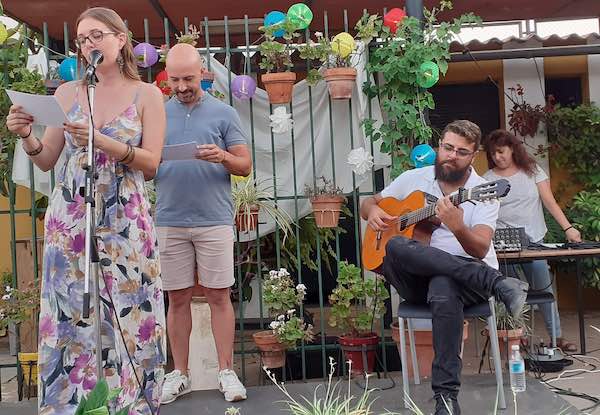 A moment of the event with speeches and music.

The ceremony, which was a surprise for her, took place on 17 June. It brought together people from the development sector in the province of Cordoba in Spain, InteRed volunteers in Andalusia, family and members of the Teresian Association.

Córdoba Solidaria is a platform made up of social groups and organisations that work to promote human rights, cooperation, solidarity, feminism and ecology. 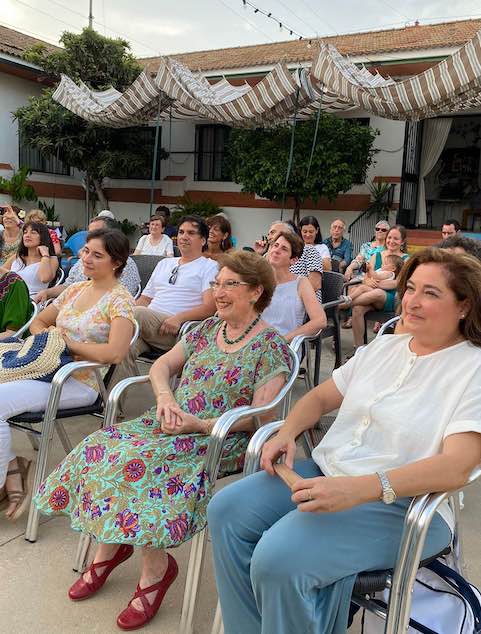 Charo Gutiérrez, a pharmacist by profession, is the mother of two daughters and has a grandson and a granddaughter. A member of ACIT, she has been an InteRed volunteer for more than two decades and coordinator of the InteRed Committee in Cordoba from 2006 until two years ago.

During the ceremony, which was simple and moving, there were several testimonials that spoke of the legacy left by Charo Gutiérrez after her long years of association with Córdoba Solidaria.

They noted her commitment to solidarity, disciplined activism, coherence, willingness to learn, a proactive attitude, her ability to accept the decisions of the majority even if they did not coincide with her own, her support for activities organised by others, etc. Furthermore, Charo has always been committed to gender equality in her work with women's groups.

Consuelo Millán, the InteRed delegate in Andalusia, thanked Charo for her unconditional support since she took charge of the Cordoba Committee. She observed how Charo had been able to elevate the Teresian Association NGDO to a ‘very high’ position among the other organisations of Córdoba Solidaria.

The testimonials, many of them spontaneous, completed the recollections. They extended thanks to the honouree for stimulating commitment in younger people, for her warm welcome towards those who came to Cordoba from other places, and for being an example of how to relate to a different culture.

One of her daughters pointed out that Charo's strength to put into practice all that people had been saying came from her Christian commitment as a member of the Teresian Association. InteRed and the opportunities that it opened up to her became her special area of mission and following Jesus. 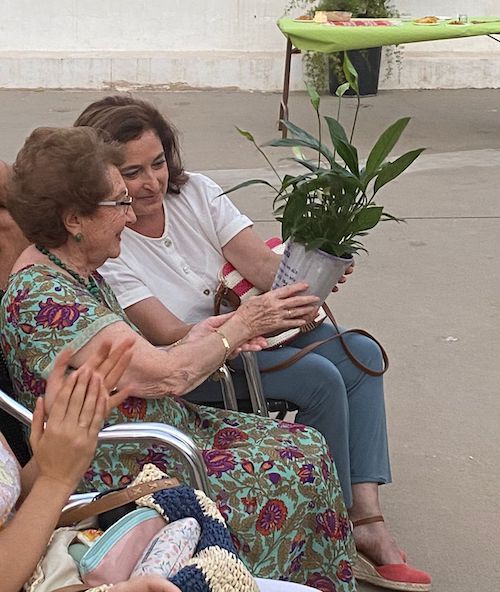 Charo expressed her gratitude for having felt so loved, respected and valued. “These were very happy years in InteRed and hence in Cordoba Solidaria. One of the greatest gifts that the Lord has given me was the affection we have been able to share with so many different people”, she said.

As a token, Charo received a plant in a ceramic pot that bears the words: “There are women who strive hard for a day and they are good, others strive for a year and they are better, but there are those who strive all their lives: that is why you are indispensable to us.”